Turning of Avoir at Fogo


Turning is always a remarkable event on lycan and vampire sims. A sacred moment of transformation when a human gets touched by a shadow and is granted the gift of immortality. Accompanied with a beautiful ceremony it may become an unforgettable experience.

So tonight there was a turning of Avoir under the leading of the King Perseus. As King says Avoir is a silent guy, but no words are needed to understand he is a hot one. 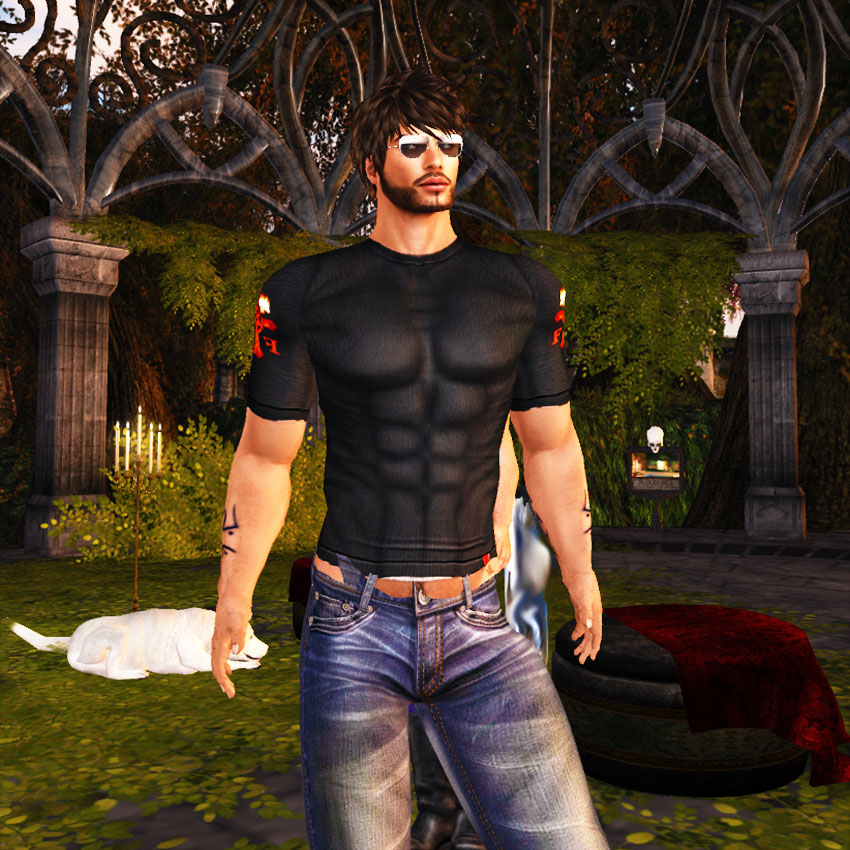 What does ceremony mean without family and friends to come to embrace the newly born undead? And even pets. The presence of ducks gives it a "rustique" and relaxing touch. The darks and the ducks. 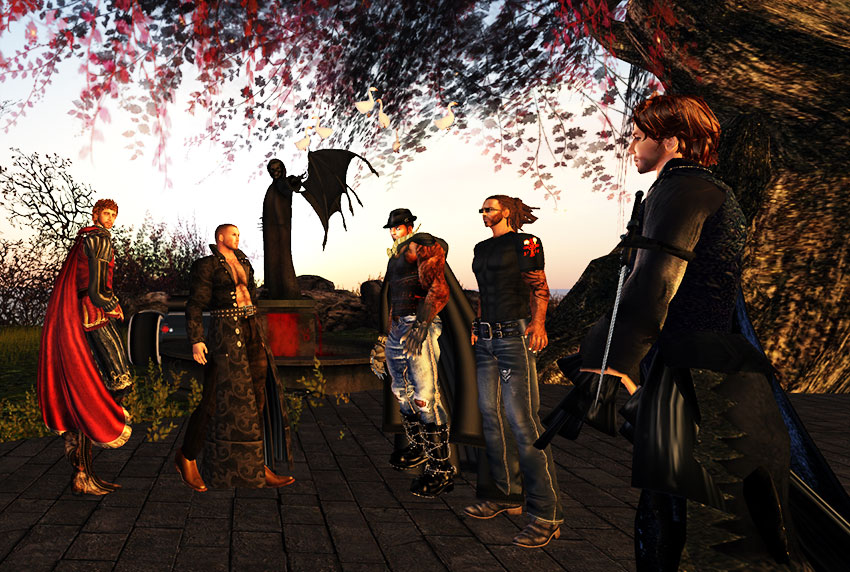 There is no escape once a lycan to be steps in the middle of the bloody circle.  His body and soul are captured till the end of the ceremony. 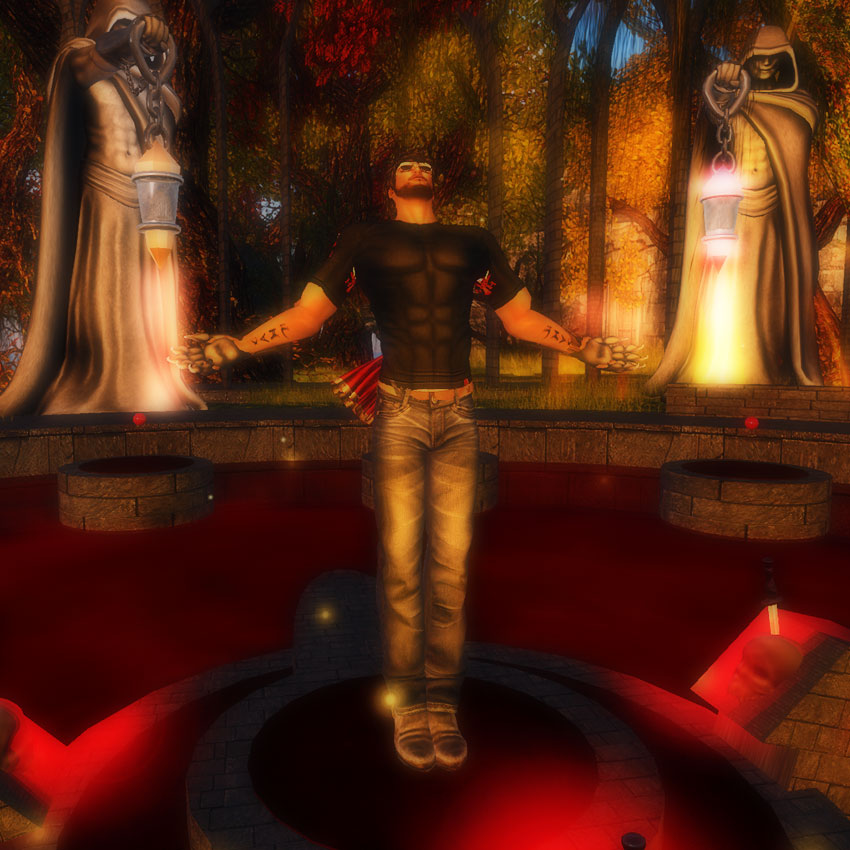 The way to immortality is hard. Avoir is getting attacked by the vampires and lycans of the family who drain all his blood and humanity till nothing is left. Each bite and each attack bring him closer to the shadows. 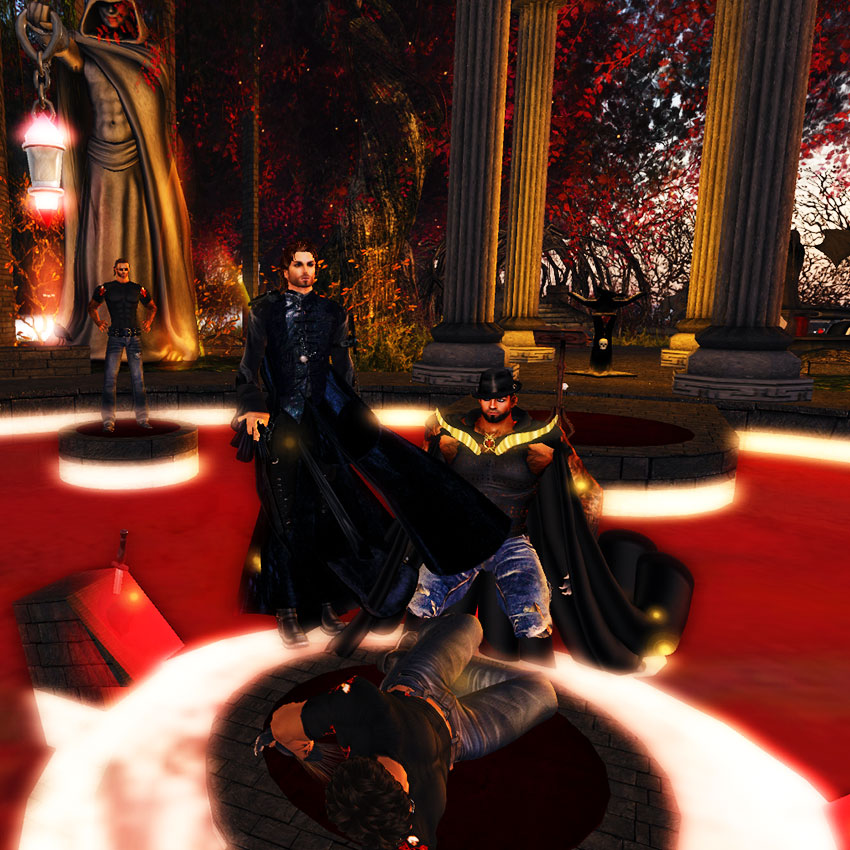 The last kiss and Avoir almost becomes a shadow himself. Neither a human nor undead he is in the gap between the worlds now. 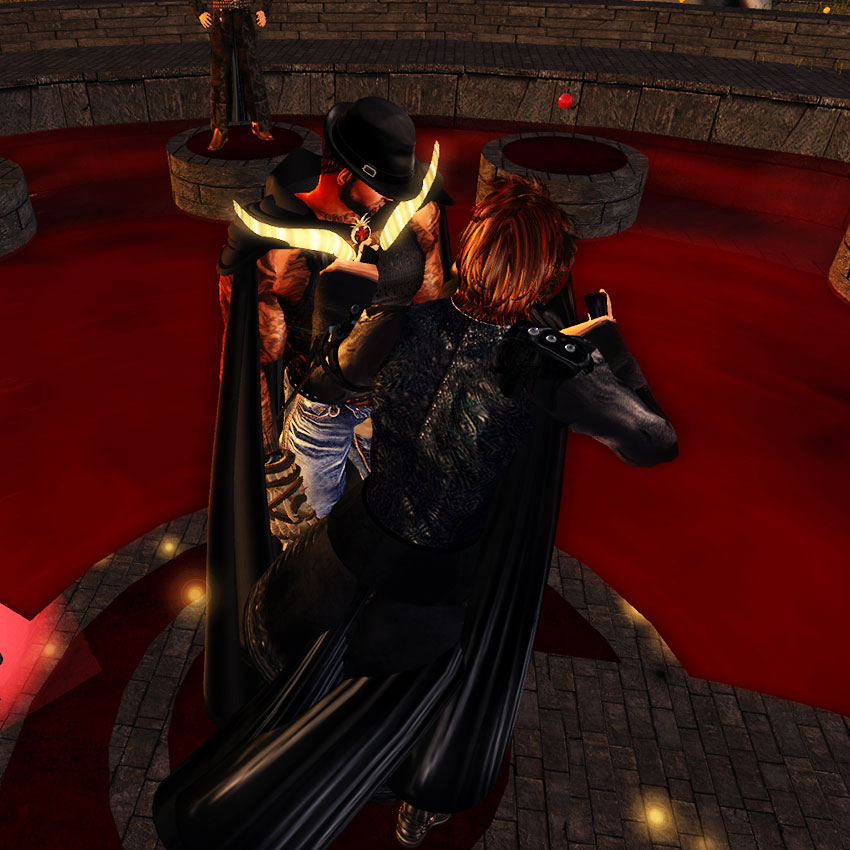 The cub gets his claws. He feels hungry yearning for flesh and lumens. He feels the rage growing inside him.
He is ready to attack everyone in his circle. 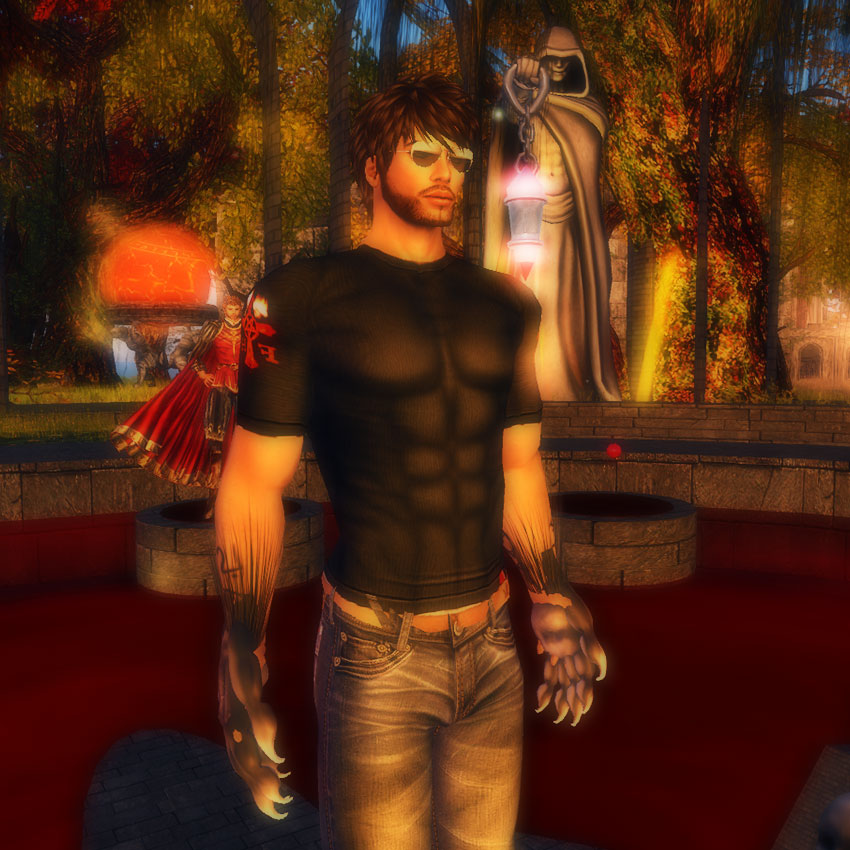 The attacks of Avoir are willingly accepted and his brothers are sharing their lumens with him. But he needs to get more. He needs to drink till he feels the Moonshine Butterflies in his stomach. So he drinks from the
prism. The young cub is growing fast. 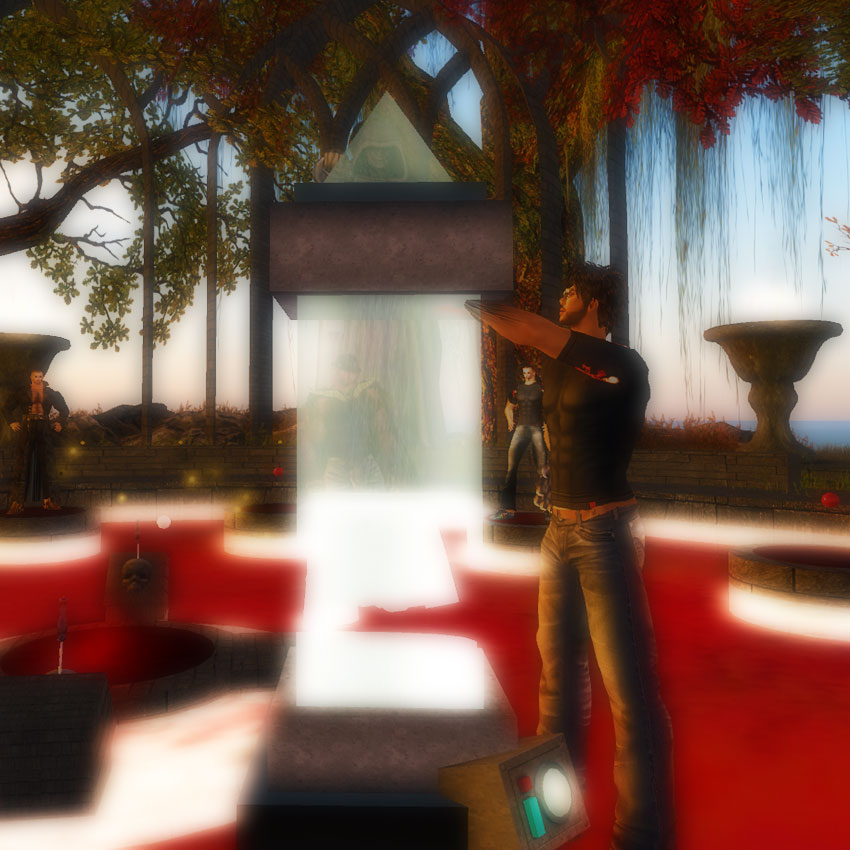 And here he is. The newborn lycan embraced by the King. 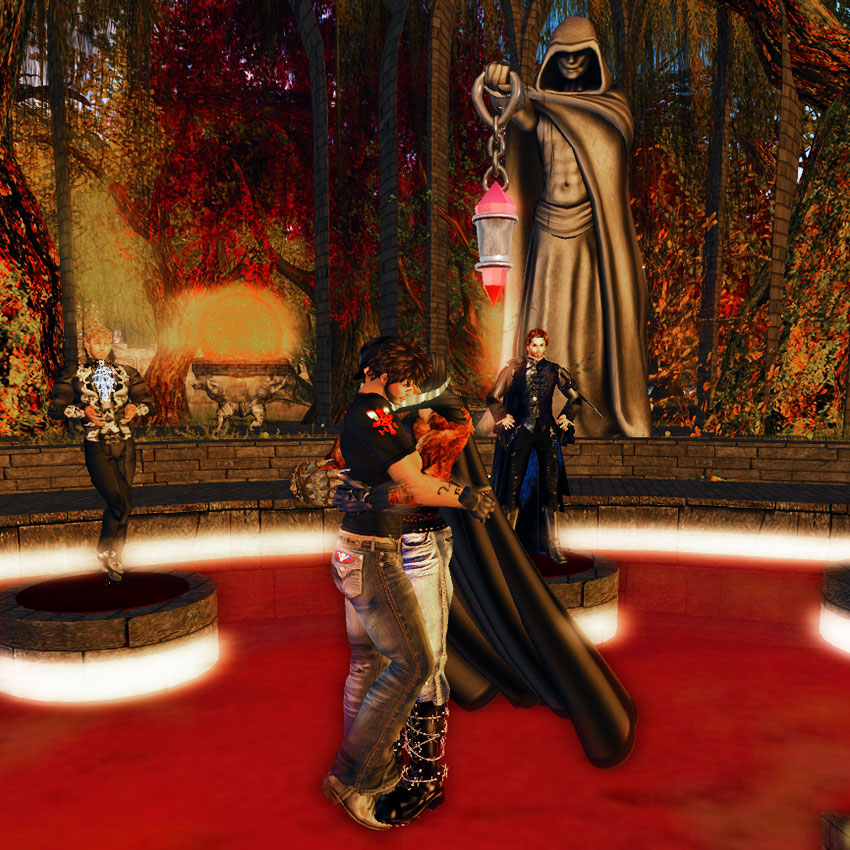 So, meet Avoir, the new Lycan of Fogo. 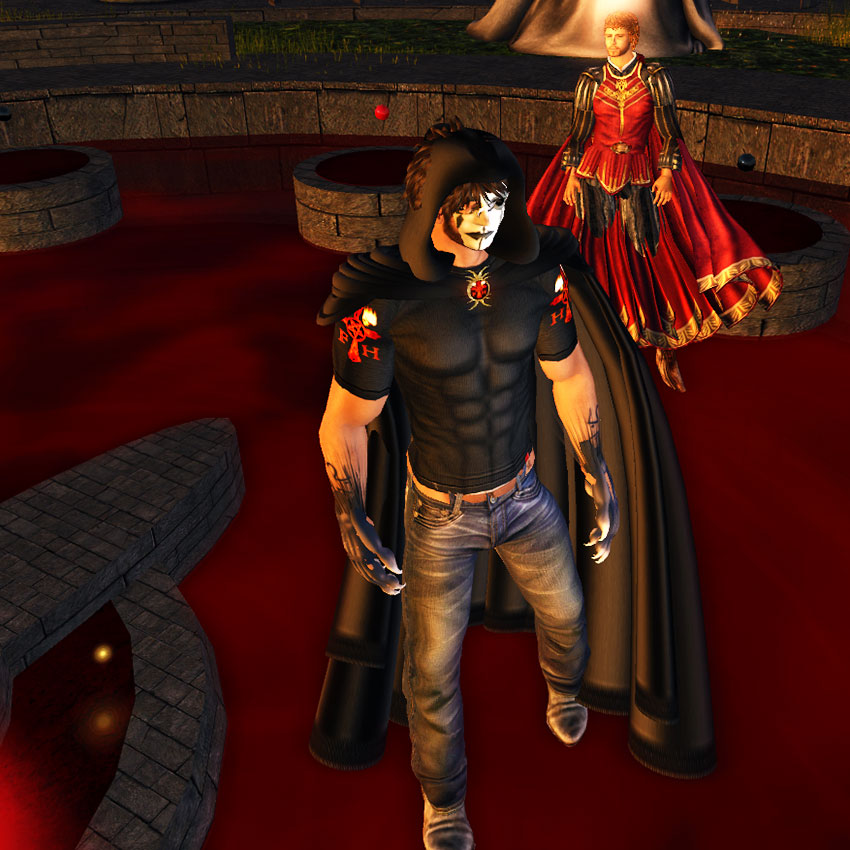