For some people the period between Christmas and New Year is a perfect reason to hide from the outside world surrounded by books and to escape into their own Christmas fantasy. 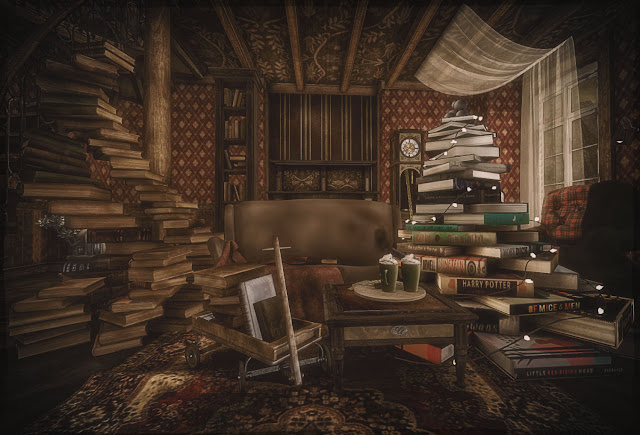 An alternative Christmas tree for the real bookworms and Xmas escapists. A decorated pile of books organized as a Xmas tree with the land impact just 3. Available for 290L at the current round of Très Chic event December 17th - January 10th, http://maps.secondlife.com/secondlife/Nika/128/121/2001).

dust bunny
my plaid chair (the colors are altered!) - available at the mainstore

That was a pleasant surprise to find the Creative Teddy Team preparing my place for the New Year celebration. What a party, guys! 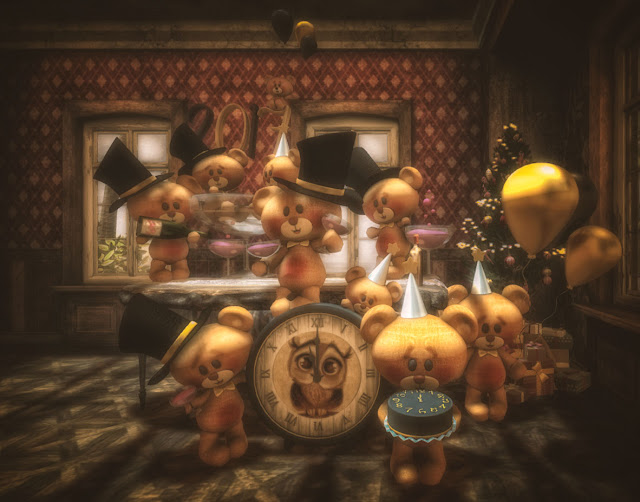 New Year Bears by Your Dream, available as gacha at  the current round of Très Chic event December 17th - January 10th, http://maps.secondlife.com/secondlife/Nika/128/121/2001). A team of cute guys that definitely makes you smile. Each of them has its own task within the team and comes with a corresponded prop. The Land Impact is about 2 to 4 per bear. There are 7 commons and 1 rare for 75L per play.

So, it's almost a week left for new year resolutions to be implemented into the daily routine. You remember? Healthier food, more sport and similar? So, I've already got two pairs of sneakers for my everyday jogging. I hope jogging in SL will be as effective as the real life one. 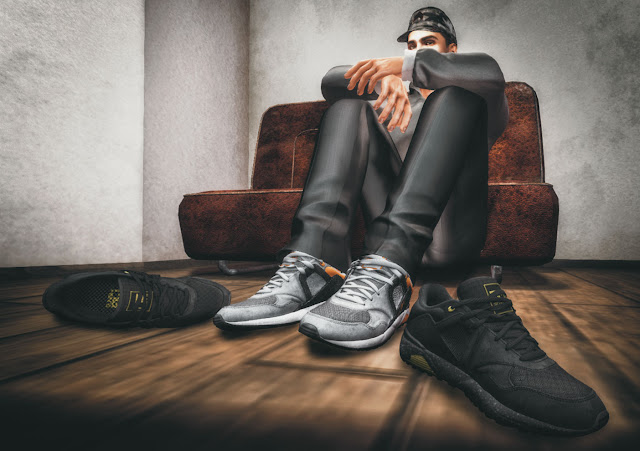 New Salut Sneakers by MGMen's available at Shiny Shabby now (http://maps.secondlife.com/secondlife/Shiny%20Shabby/131/94/22). The sneakers come in four color variations (white, grey, brown and black) and each of them is customizable with a HUD for minor adjustments of sole and ornaments. The price is 500L per color variation and there is a fatpack for 1500L. The sneakers come in Signature (Gianni), Slink, Maitreya, standard and fitmesh options.

LumiPro 2017
Posted by Chris Chronicles Blog at 6:03 PM No comments: 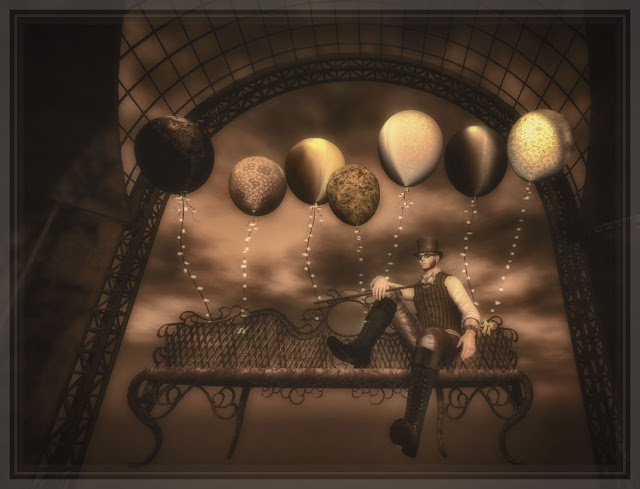 LumiPro 2017
Posted by Chris Chronicles Blog at 1:05 AM No comments:

The first cup of coffee on the Xmas morning to bring the day into life. Surrounded by the tranquility of monochromatic decorations with art-deco elements. 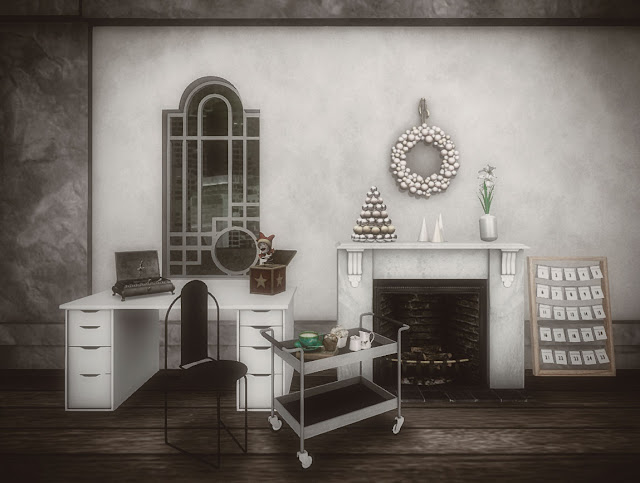 A skybox City Loft by ChiC buildings is a one room art-deco style living space "in the middle of Paris". With a land impact of 24 and a footprint of 16x20x10 it will fit the most parcels. There are three cityscapes, one cloud image and a clear transparent texture option available as windows view. Available for 500L at Très Chic event (http://maps.secondlife.com/secondlife/Nika/128/121/2001, December 17th - January 10th).

Posted by Chris Chronicles Blog at 12:47 PM No comments: 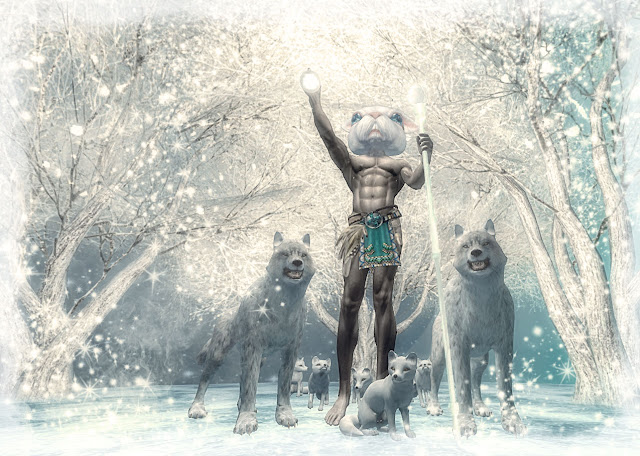 
Posted by Chris Chronicles Blog at 3:41 PM No comments: 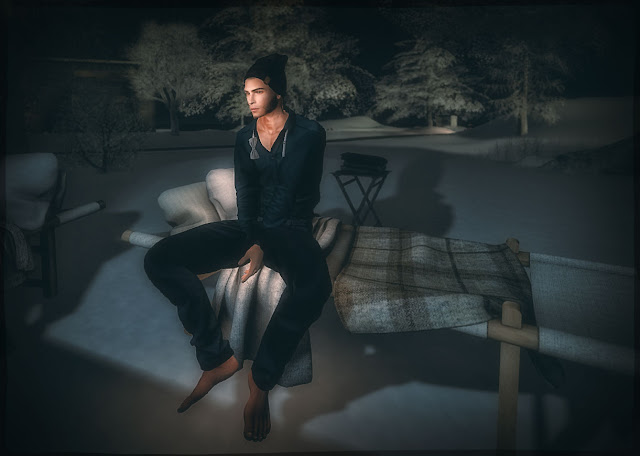 Posted by Chris Chronicles Blog at 1:56 PM No comments:

Would you like a nice bed story? A song may be? How's about Catmas Carols? 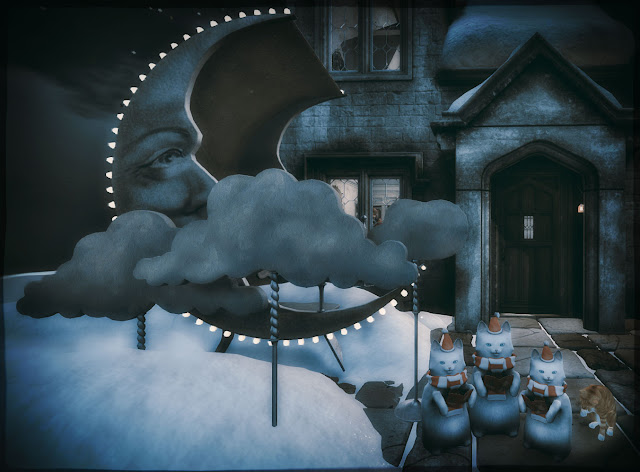 
Posted by Chris Chronicles Blog at 9:17 AM No comments:

This snow covered Harrington coat with matching scarf and hat must be from the 2014 Winter collection by FATEwear. But sometimes new is just something old, but forgotten. I knew I wanted it from the moment I accidentally bumped on that coat at the marketplace. And since I am wearing this outfit I hear a lot of compliments and questions where did I get it. 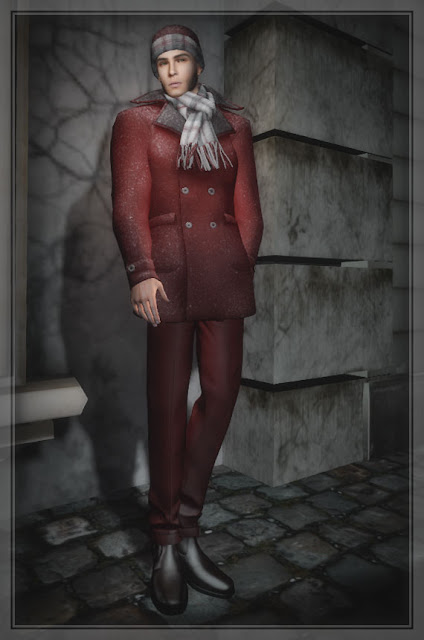 
Lights and Photography
LumiPro 2016
Posted by Chris Chronicles Blog at 4:55 PM No comments:

The darkest days of the year... and I feel a need to crawl inside an icy skybox and decorate it as a cosy winter place. With many thanks to Apple Fall for setting Gatekeeper's Gacha on sale during Black Friday and Cari McKeenan for the Silver Christmas tree as The Little Branch groups gift. 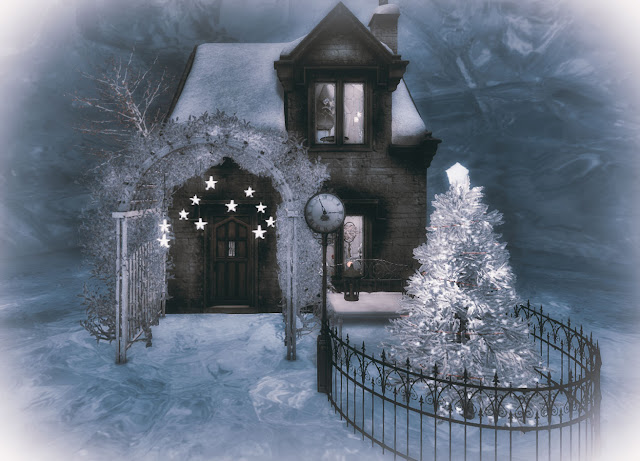 Posted by Chris Chronicles Blog at 1:08 PM No comments:

The time of packs and bags. And you never knows what next thing you'll pull out of the bag or an advent calendar. 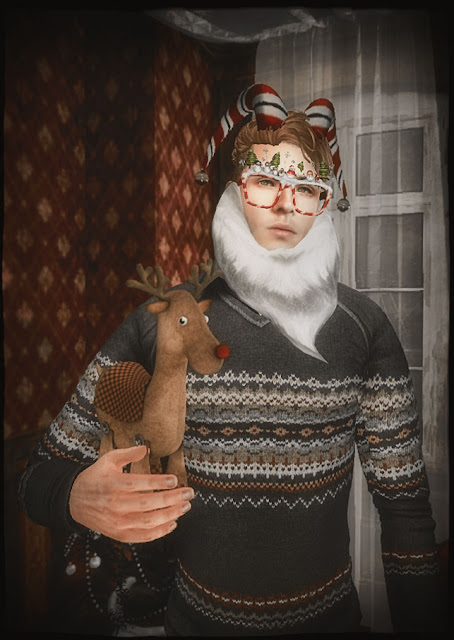 Posted by Chris Chronicles Blog at 2:09 PM No comments:

Found the new look for the time being. Curious... Did I choose it as it feels closer to my RL me? Or ti only drives me further into my SL fantasy? Another question without an answer. 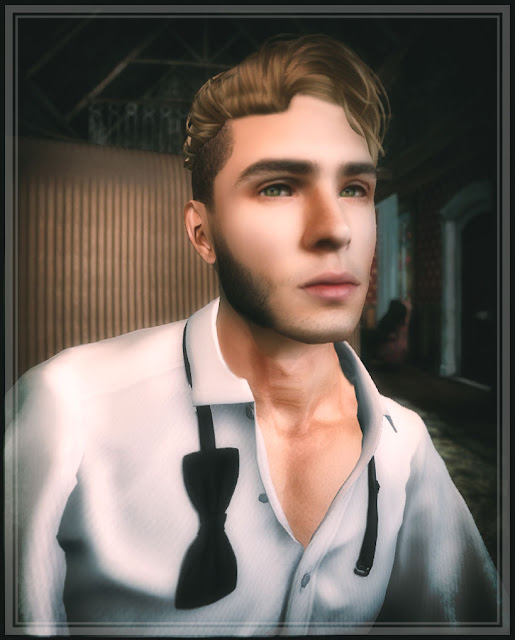 Sven outfit by MGMen's for Signature event (http://maps.secondlife.com/secondlife/Alpha/134/144/22), December 1st - 15th. Together with some other goods from Signature. The Sven outfit consists of a shirt, a pair of pants and a loosened bow tie. Four texture colors for each piece. The price is 300L for a texture variation of a shirt or pants and 50L for a tie. Fatpacks available for 900L (shirt or pants) and 150L (tie). There are special versions for Signature Gianni and SLINK bodies next to five standard sizes (XS through XL). Demos available.

The outfit of my choice for the coming Holidays.

Posted by Chris Chronicles Blog at 10:21 PM No comments: 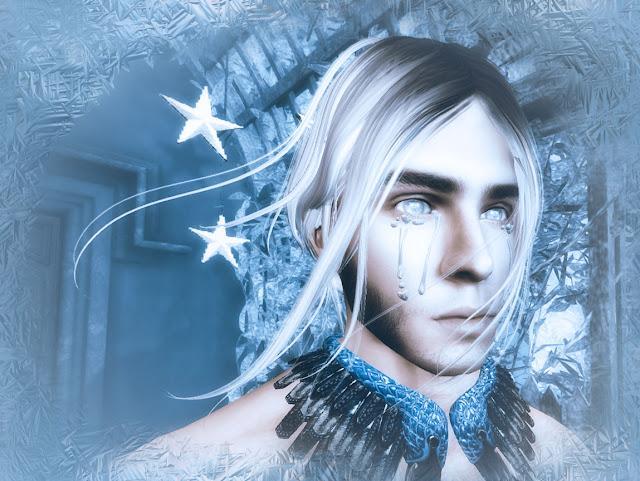 Flamingo Safari Jewell by Zafair. available now at Très Chic event (November 17th - December 10th at http://maps.secondlife.com/secondlife/Nika/128/121/2001 ). Looks good as a decoration for a bare skin as well as a part of a suit without a collar. This unisex item comes in six color variations for 489L per piece. No fat pack. Modifiable to fit different bodies. Lady and men versions are both included. 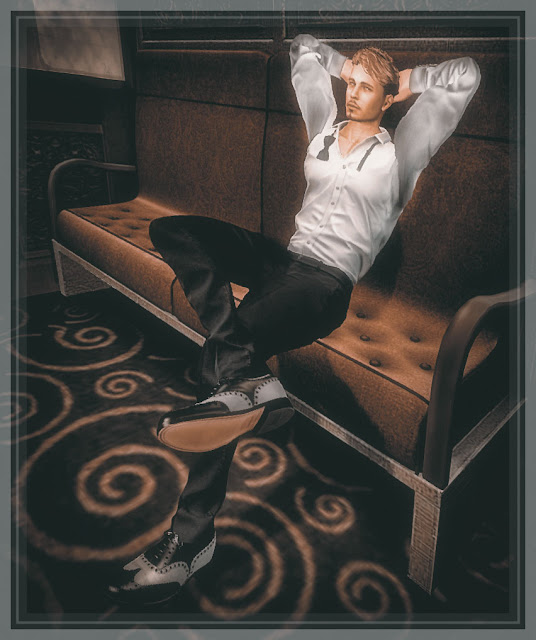 All fresh and new Sven outfit by MGMen's for Signature event (http://maps.secondlife.com/secondlife/Alpha/134/144/22), December 1st - 15th. Consists of a shirt, a pair of pants and a loosened bow tie. Four texture colors for each piece. The price is 300L for a texture variation of a shirt or pants and 50L for a tie. Fatpacks available for 900L (shirt or pants) and 150L (tie). There are special versions for Signature Gianni and SLINK bodies next to five standard sizes (XS through XL). Demos available.

Great outfit to play a young rich guy who spends his life amusing himself with pleasures and adventures. Or a toy boy. A glass of wine or whiskey and any First Class background completes the scene.


Posted by Chris Chronicles Blog at 12:30 AM No comments: