Winter is coming! But for those who can't wait, just run into it! Jump, fall into the soft snow and roll down right into the Winter Village. 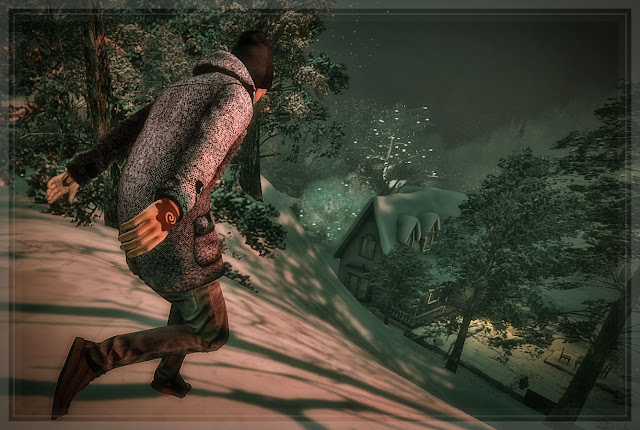 And for those who still doesn't have a winter outfit, don't forget to visit Men Only Monthly for this Mipo outfit by MGMen's. The event is still running for the next couple of weeks till December 15th. And after that... well all new re-branded MGMen's store is also opening over two weeks.

The outfit consists of a coat (scarf included), pants and a hat in four texture variations (five for a hat). Can be bought separately or as a fat pack including all textures. 300L per texture variation of jeans or a coat (900L for a fatpack) and 150L per color variation of a hat (or all of them for 600L).

TAOX
TaTToo Fallin Away From Me /Applier for TMP/ (Men Only Monthly, November 2016)