The SwagBag of November has introduced the Man Cave theme. For me as an outsider of the Anglo-Saxon world I am not really familiar with this subject. Of course I know the famous Al Bundy's garage. But it's still a new area for me to explore. So, let's build the ultimate Man Cave in Second Life. Apple Fall's New York Studio Apartment would be the great starting point. A kind of a spare loft to use as a place for a man to escape when the need arises. And the November's SwagBag provides the useful toys and gadgets. 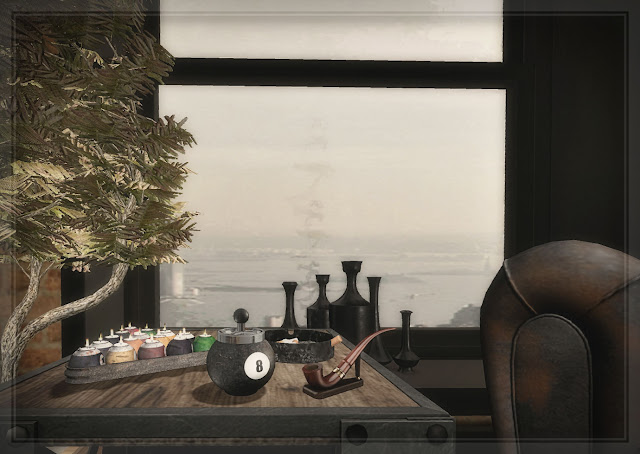