Ever had a date with an Amsterdammer? Let's go cycling together along the channels! We'll stop at the mill to try some artisan beer. Or shall we take some choco or even spicy wine with stroopwafels sitting close together at a waterside? Prefer to get high? No problem! One visit to a coffeeshop and we can reach the moon. We can also absorb some culture, let me check the list of current exposition. A stop at the diamond factory at the end? Of course we can! Come on, let's go. 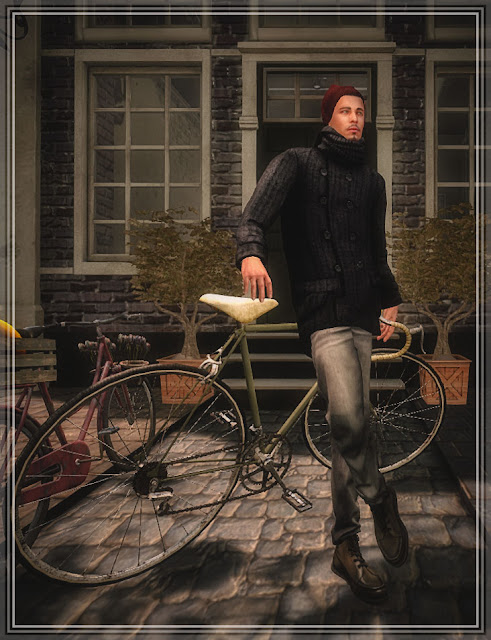 MGmen's Mipo outfit consisting of a coat (comes with a scarf), hat and jeans. Four texture variations for a coat or jeans and five colors for a hat. 300L per texture variation for coat or jeans (fatpack - 900L) and 150L per color variation for a hat (600L for a fatpack). Has a special variation for Antoni and Gianni Signature avatars as well as five standard sizes (XS through XL). Demo is available. Mipo outfit is now available at Men Only Monthly November round (http://maps.secondlife.com/secondlife/Sunset%20Ambiance%20Island/56/18/22).

A close look for those nice coat details: 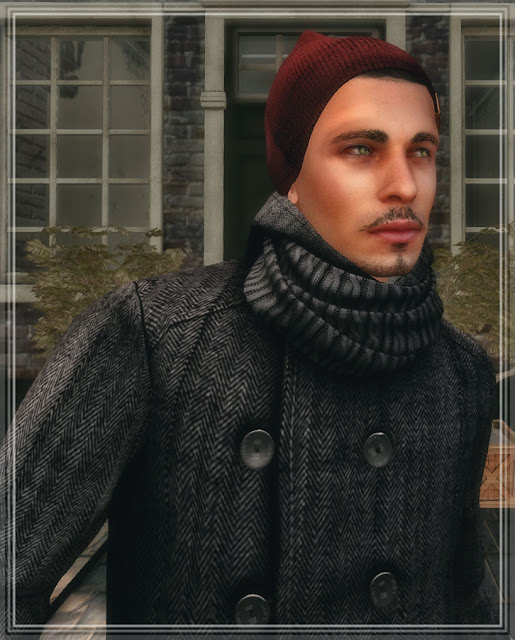