The village of Fogo Loch

Today I decided to inspect more of the village on Fogo Loch. And, well, as I told you - it fits perfectly into the world of Fogo. So, I was wandering its small paths during the dusk hour and looking into the eyes of the houses called windows. 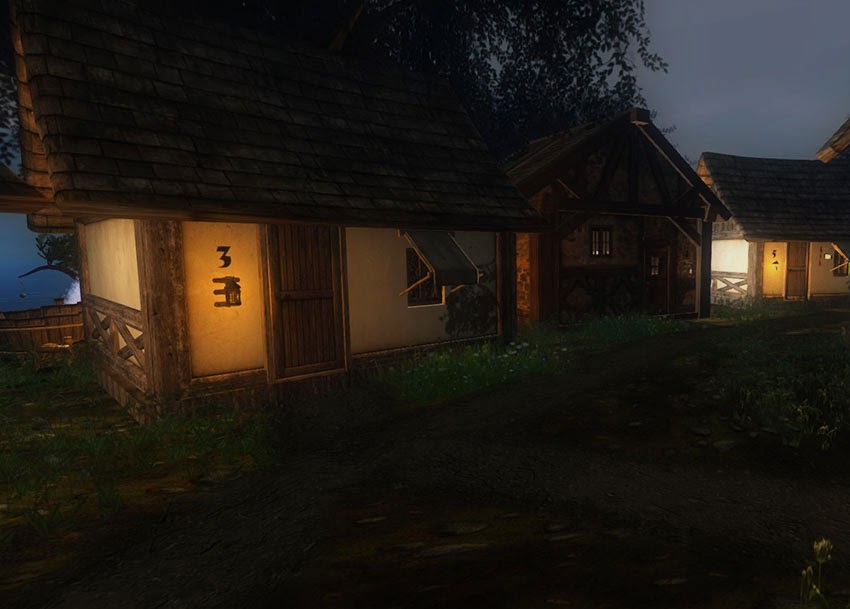 Mostly I need some time to get use to new things, but the village does feel like a home already. Like this house. It's perfectly situated. The mist covering water surface. The lantern. The famous red leaved Fogo Loch trees. I see all elements I like. May be I have to ask the King for a house here too. 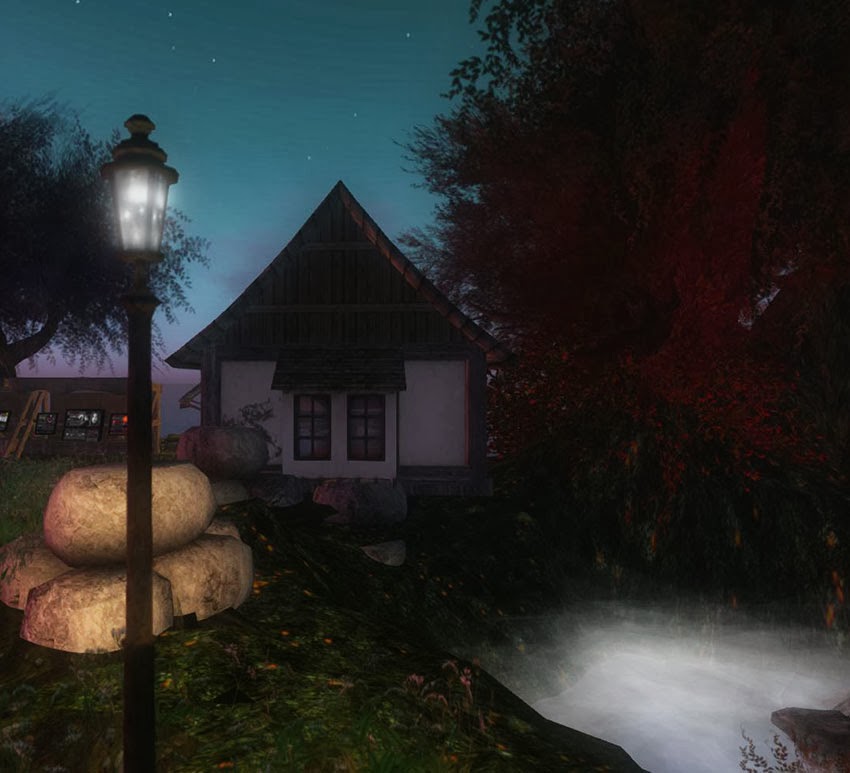 And than the tavern with a bar again. A very nice place for some small talk or meeting the new guys. I already notice that some guys start gathering here instead of the Landing Point. 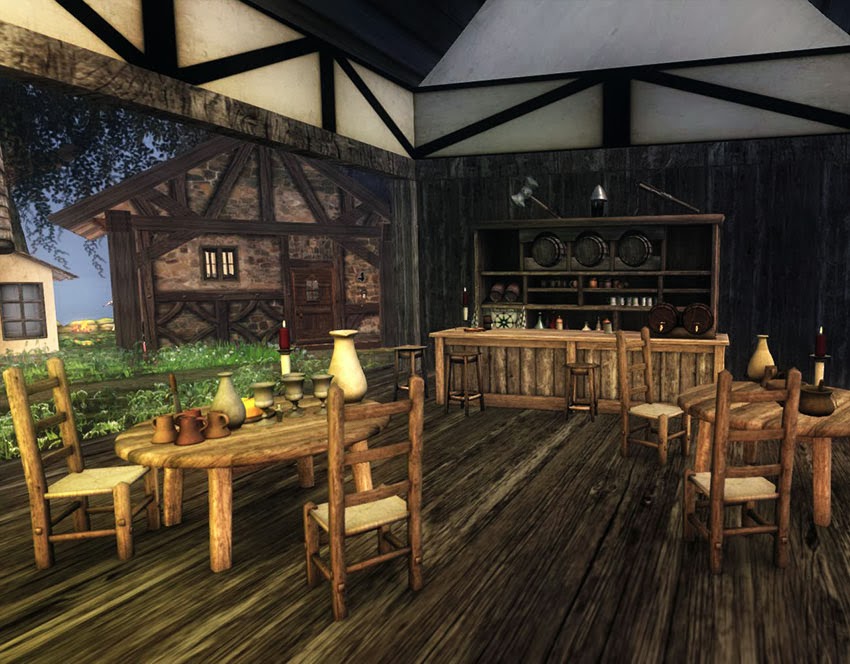 The Satyr wasn't serving drinks today. So I decided to move to the couch close to that creepy talking Fireplace. So I started a small talk with the Fireplace and thought we might need to learn things about each other. But the Fireplace was only talking about the logs it was consuming. 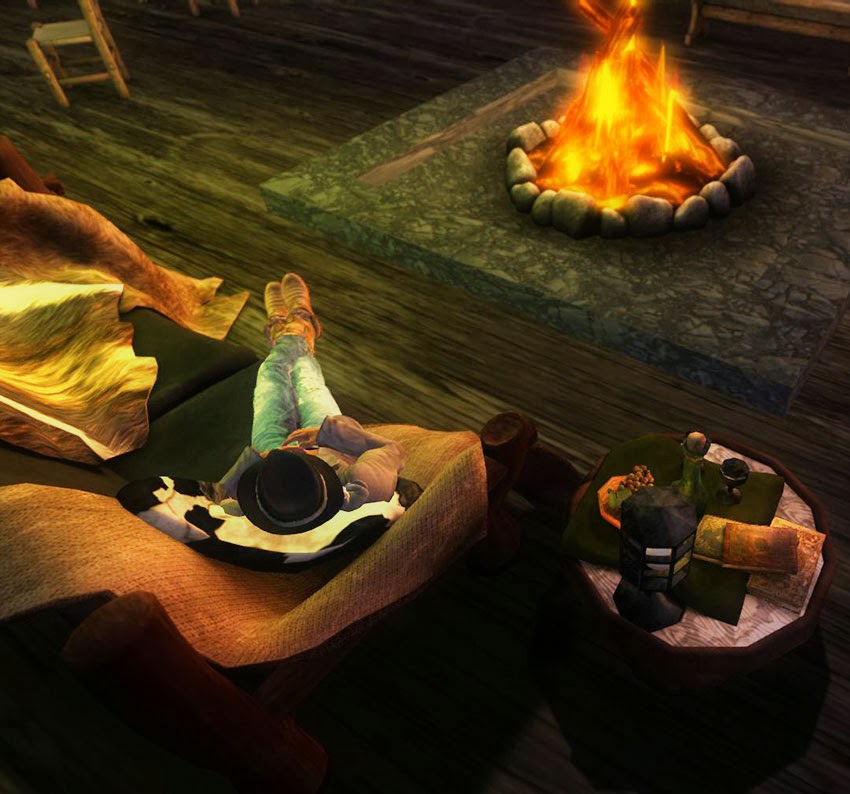 Well, I met a couple of new guys today. Here. Meet Seann. He says he is not really a rich guy. But he is young, single and attractive. And is actively looking. So, don't hesitate to say Hi if you like him. 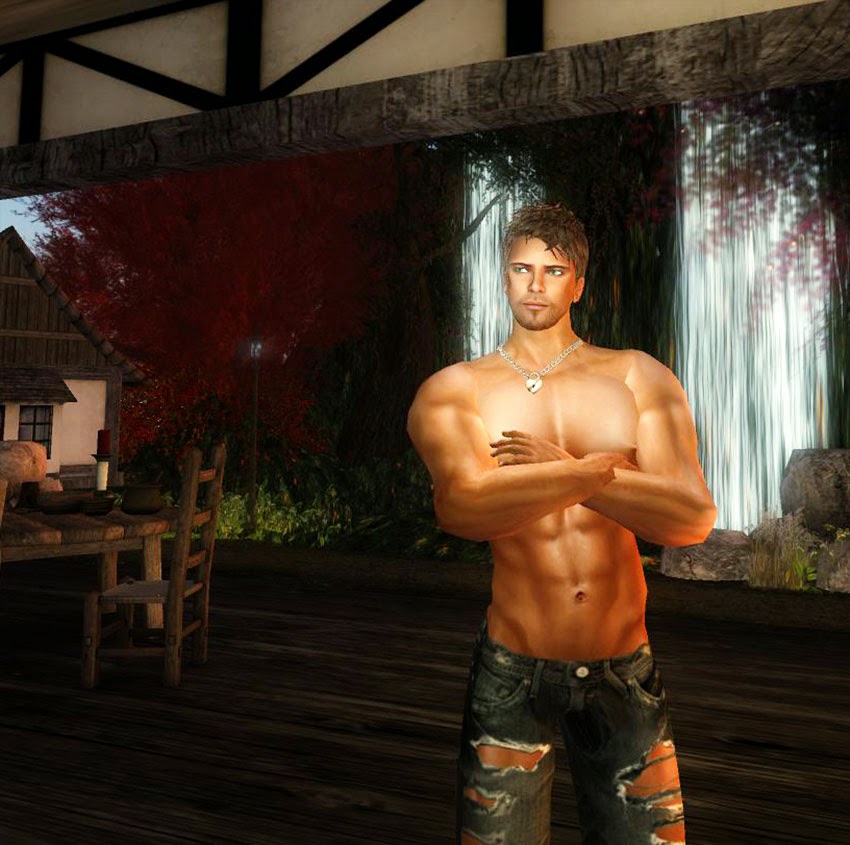 And later I also met Alle. He is Epic's son. Well Alle confessed us that he has a Dragon of Lust sleeping inside of him. The right man does just need to tickle the right buttons to unleash and wake up the beast. 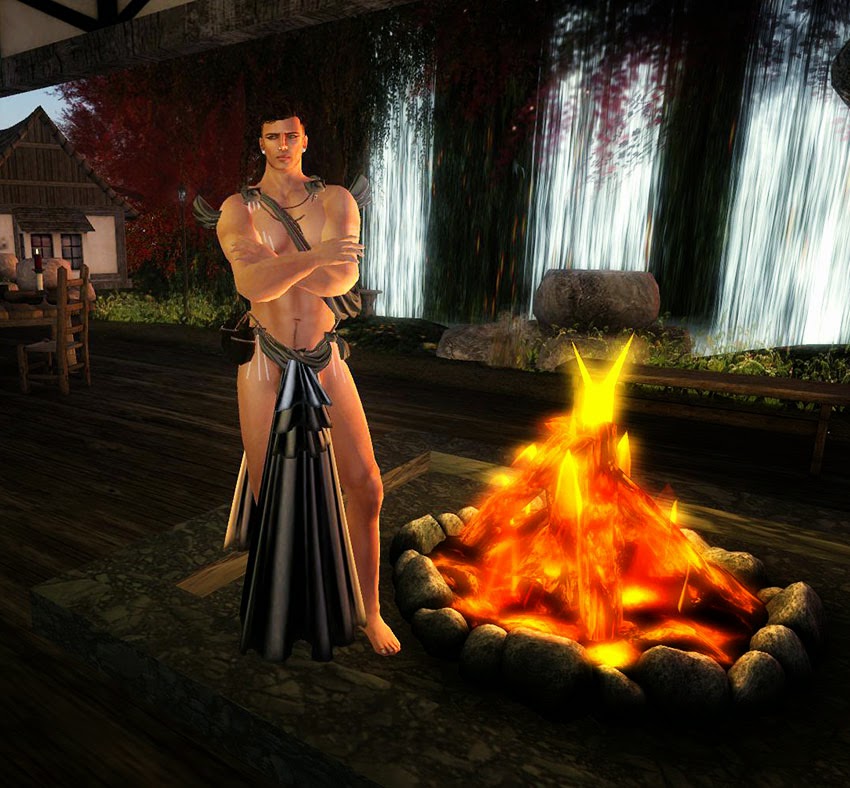 Alle has offered Epic and me to visit his house he decorated for the contest. He really would like to win and did his best to make it to look good. Let's see - a lot of red, a bed that takes the half of the room, the sofa's... well, we decided to call it The Cleopatra's Bodoir. Guess why? Well, look at this perfect Family Picture - Father Epic, his Son Alle and the evil uncle Vinnie. 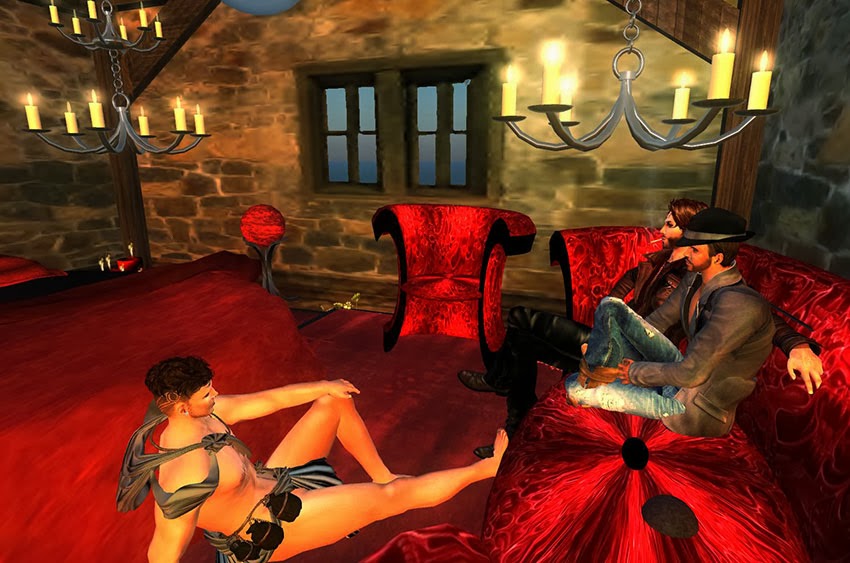