When the kidz come out

It has been a long time since I left this neighborhood. The sleeping suburb where nothing happens in years. A kind of Pleasantville preserved from all changing power of time. But not tonight when the rumbling noise of my bike has broken the eternal silence of the night into thousand pieces. The kid is back in town. 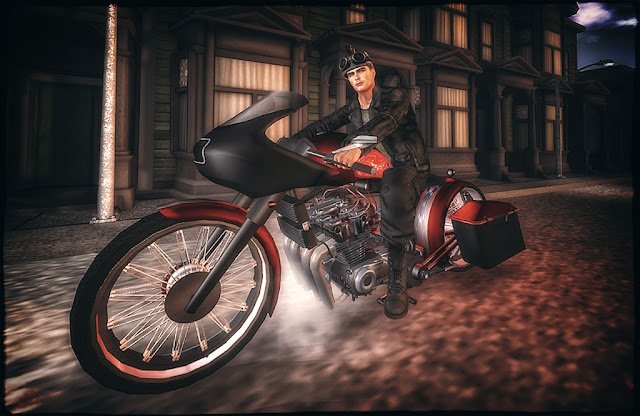 Trying the last release by  Optmus Race in action. The OR C1300 motorbike. There is a place for a passenger, so I may pick someone up.  A realistic view and feel for a virtual ride. Light, sound and smoke effects and low lag riding are just a few of many features of this vehicle. Comes in three sizes to fit any avatar. Land impact is 45 and the price is 900L for now (normal price is 2000L). Available via the marketplace (https://marketplace.secondlife.com/p/OR-C1300-CONFEDERATE-CONSTELLATION-BOX/10706002) or in-world at http://maps.secondlife.com/secondlife/Copacabana%20Rio/164/127/3883)