You are probably curious too of what is he ordering, huh? Well, come and join him before someone else does. 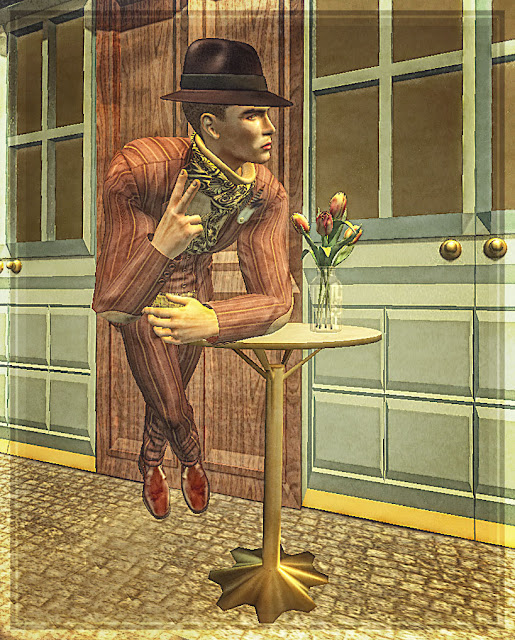 The Eros Hat by GUTCHI to complete a gentleman's look. Comes with a HUD for resizing and some variations like 5 colors and 2 surfaces. The price is 365L. Modifiable and compatable with all bodies.

Cafe Romance by [evoLove], A facade with a single table and several couple poses for a romantic date. The land impact is 9 (8 for the facade and 1 for a table). There are seven poses fro 50L per pose or a fatpack of all that includes the Cafe prop for 499L.

[ hoorenbeek ]
Mesh Allen Shoes - Chocolate (also at as a part of an outfit TMD, January 2017)