Sit! Be quiet! I can feel him too!

That awkward moment you feel the presence of someone or something accompanied by a warning growl of your dog. Fortunately your best friend is there to protect you. Just don't look back. 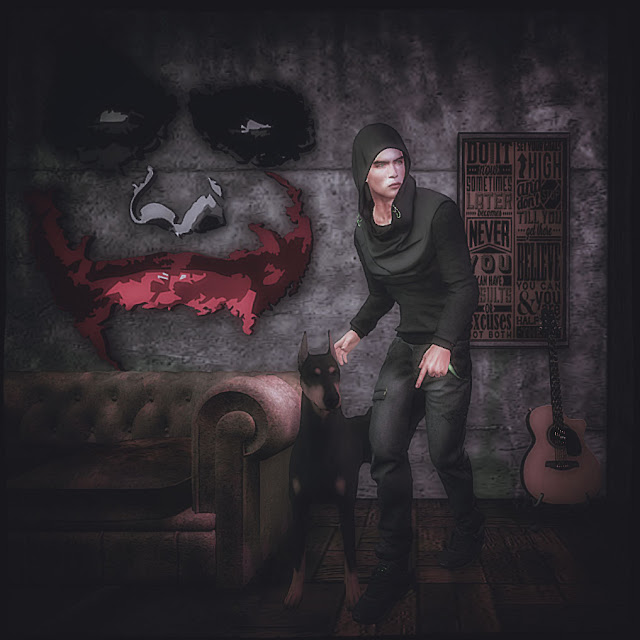 A doberdog by Fashiowl that is not just a decoration as it comes with 6 poses (most more lady like, but a couple of unisex as well). A nice way to pose for a perfect shot, Available at the current round of Très Chic  (http://maps.secondlife.com/secondlife/Nika/128/121/2001, January 17th - February 10th 2017). The Doberdog has a land impact of 5 and costs 250L.

A new viking jacket in combination with the AXE jeans by MGMen's presented at Signature Event (http://maps.secondlife.com/secondlife/Alpha/128/145/22). A sportive looking outfit for a thrilling encounter. The jacket comes in grey and black with or without a pattern. The price is 300L per item or 900L for the fat pack of four. The jeans count three color variations priced 300L per item or 600L per fat pack. Demo is available.

Ariskea
The Den [Military] Cheer up

Posted by Chris Chronicles Blog at 12:02 AM