There are many ways to pop the question. Shouting it from the roof keeps to be an effective one. 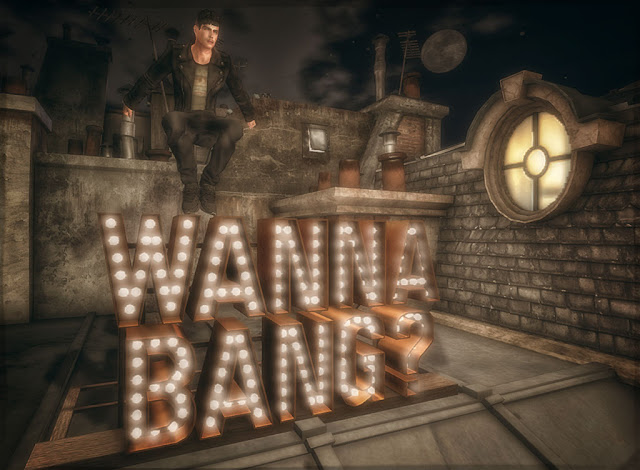 Fiasco Furniture has made it easier for many of us to pop the most important Valentine question in three different variations: "Go out with me", "Marry me?" and a simple "Wanna bang?" And to be certain your object of affection will notice the sign, you don't have to shout if from the roof, just put it there as a marquee and switch it on. Available at the current Cosmopolitan round (http://maps.secondlife.com/secondlife/No%20Comment/131/67/24, Feb 13-25, 2017). The price is 150L per sign or 300L for a fatpack of all three.

Lights and Photography
Lumi Pro 2017
Posted by Chris Chronicles Blog at 9:46 AM