A piece of spring

Sometimes you need a little piece of spring. Right in the middle of winter. Well, nothing is impossible here. 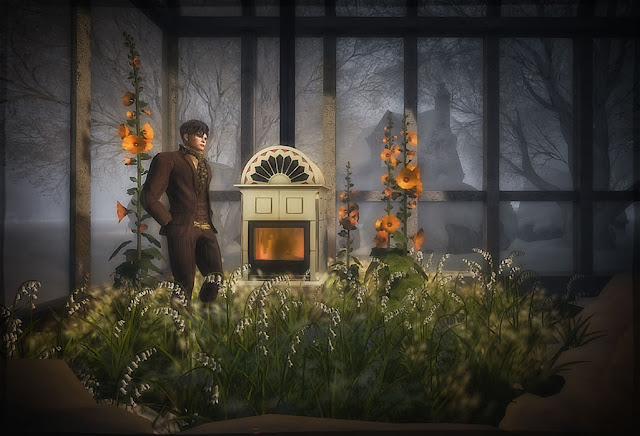 The Woodburning Stove by CHEZ MOI is not just a cosy fireplace to warm those cold winter days or let the snow melt. Its adult version can turn some hot fantasies into reality. The land impact is just 6. The price is 360L for a PG version and 600L for an adult one. There are options to put light, particles, fire and sound on or off. Available at the current round of Très Chic  (http://maps.secondlife.com/secondlife/Nika/128/121/2001, January 17th - February 10th 2017).

Victoria's Greenhouse by Fiasco is a Victorian style place for a winter garden, a piece of tropical jungle or just a shelter with transparent walls. It has a 10x13 platform with a land impact of 19. Available at Draftsman for 400L (http://maps.secondlife.com/secondlife/Time%20Travel/128/49/26)