Orange and Black are the ultimate Halloween colors to me. Especially combined with all the rusty tints of the fall. But the recent visit to The Seasons Story gave me an idea of Black&White Halloween. Or to give it more nostalgic feeling, a Silver Sepia version. And it all has been started with an anniversary gift by +LunaRosarie+. A nice set of pumpkins in Black&Silver. 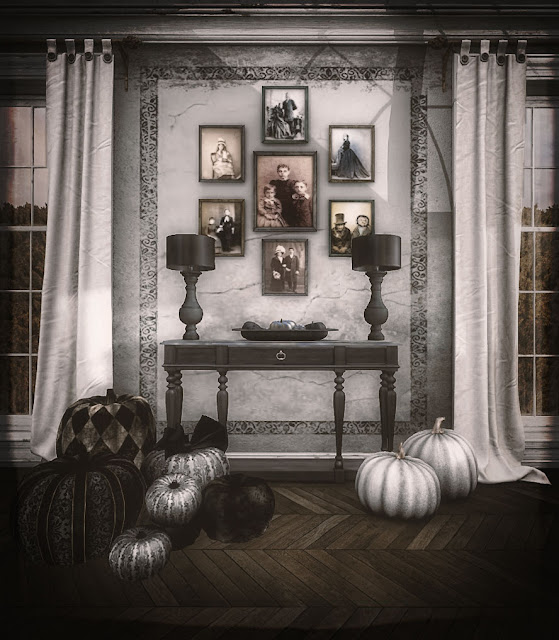