There was a new turning on Fogo Loch. Morty decided to die and rise again as a lycan. Here you can see him. He was very nervous, so I was trying to comfort him by telling that a turning is nothing more than going to die, getting drained of all your blood and being attacked repeatedly. 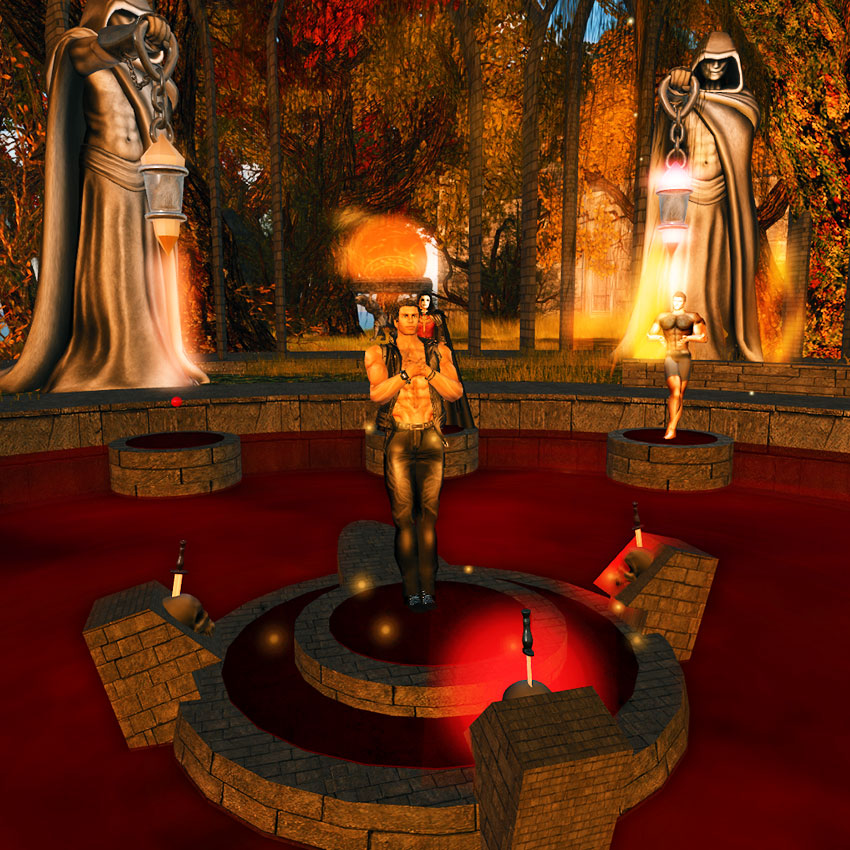 Not sure if it scared or excited him, but he had no way back anyway. Once in the circle, the magic takes it over. 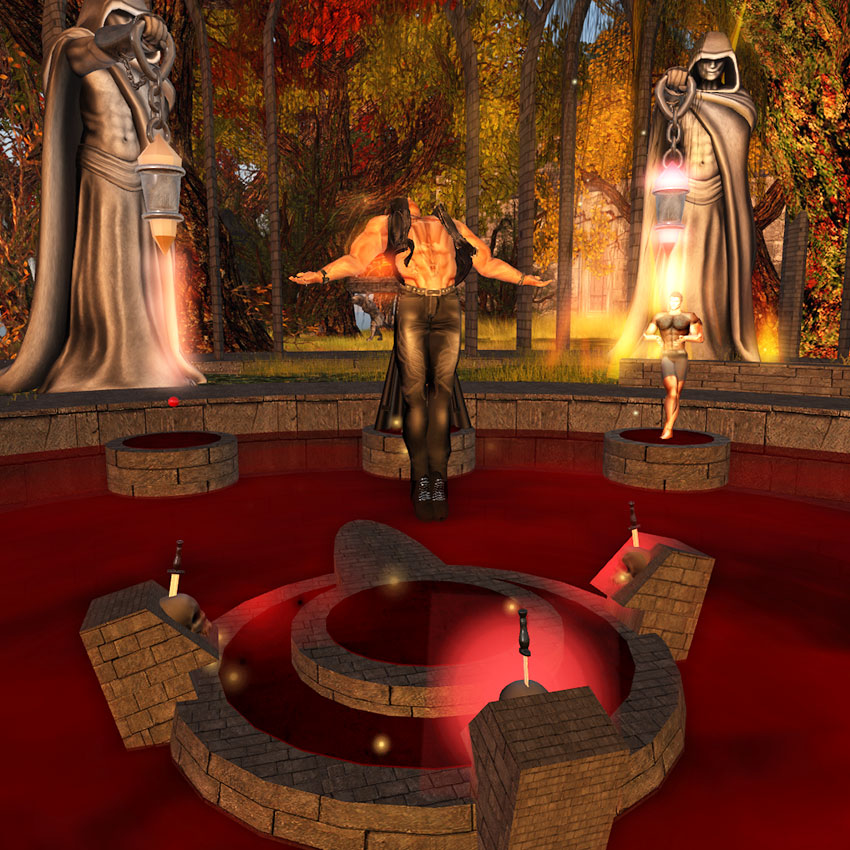 You know the procedure, guys. So I will not repeat. I shall give you just some foto impressions of the part you are all craving for - the attacks. Oh, and well, the ducks are not there anymore. I think they are just gone to another sim. Strangely I noticed fears between Alex's fur recently... And talking about Alex. Here he is. No duck can escape his jump. Neither the mortal human. 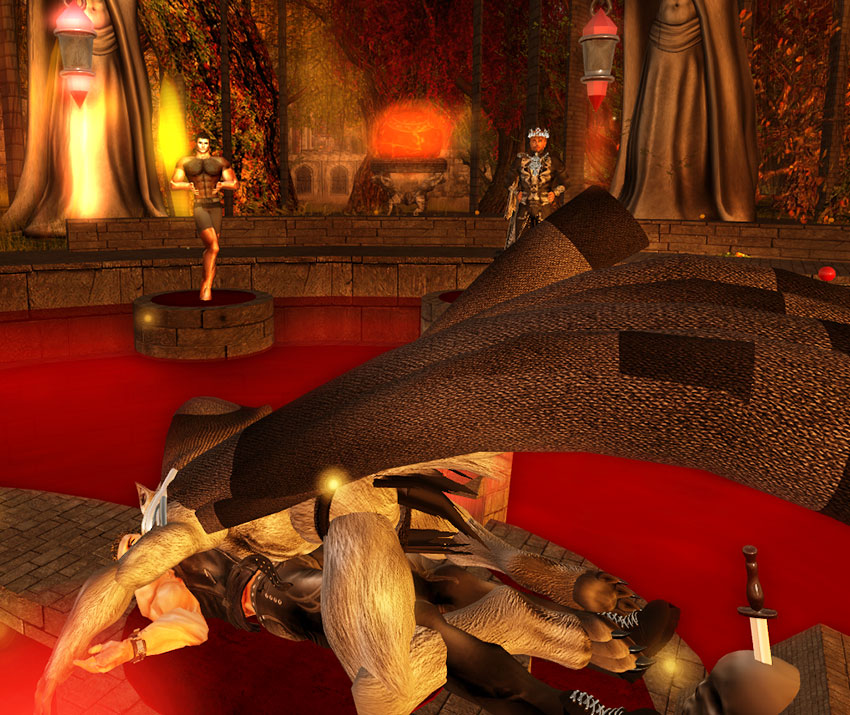 And he has shown us some more magic. He took his spear with him. Hmmm... do you know the moment when the time stops and feels like the moment is frozen? I guess it's the same what Morty was feeling being laced on that spear once. I bet it felt like eternity. 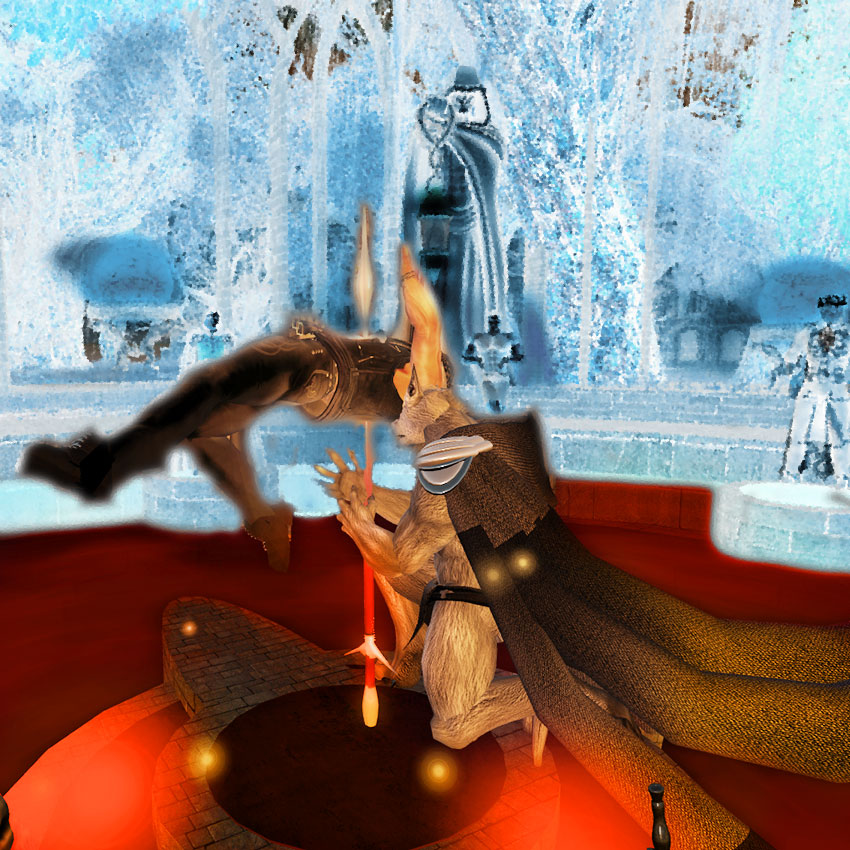 King Perseus. Well, he just claims and takes what is his. No negotiations, no compromises. 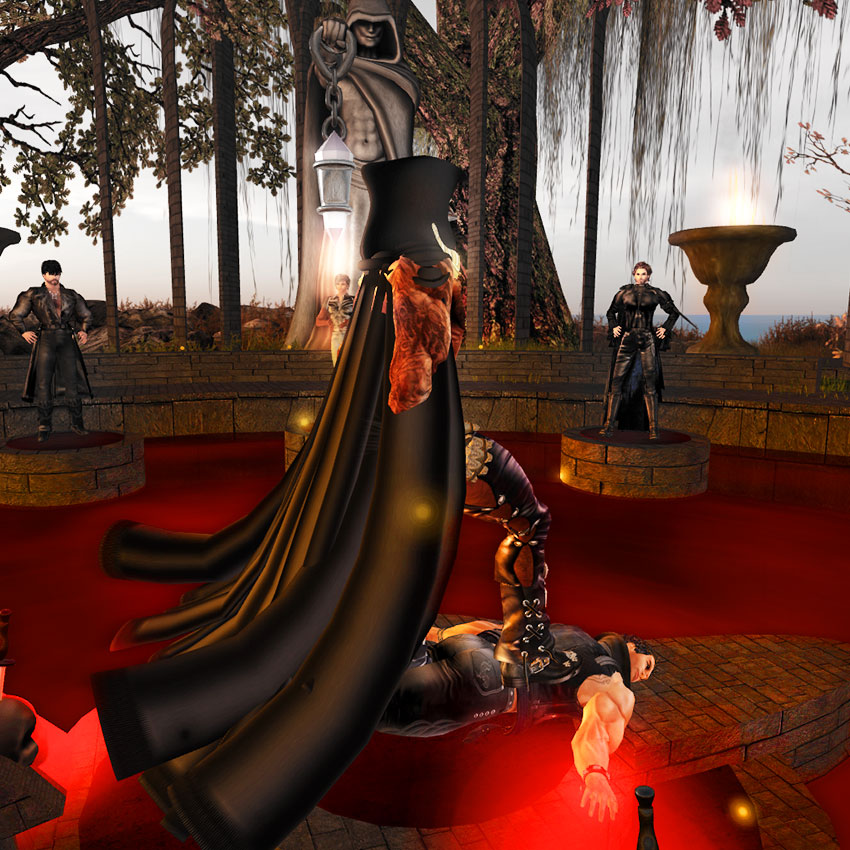 And well, no captives are taken in this bloody ritual.The flesh is taken and the humanity is ripped off as a piece of an old rag. 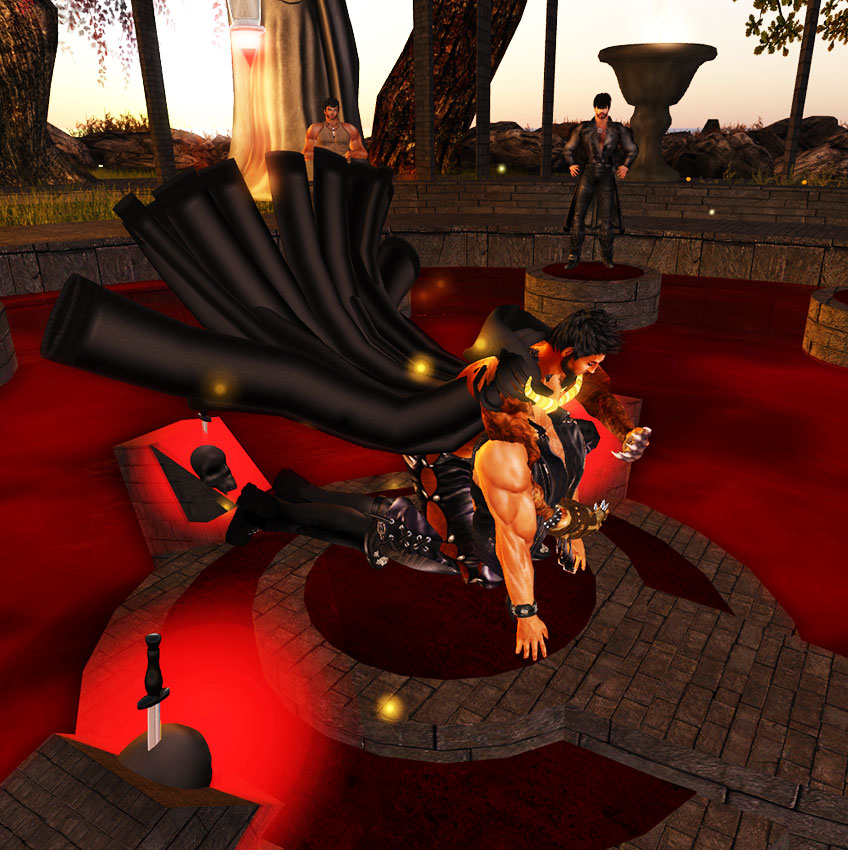 Our Prince Loggos. Always kind, polite and friendly. Well, it looks like he is just staying there facing Morty to give him a welcome hug. Well, may be. But a well trained eye can already see the rage rising inside the vampire. And Morty will feel it all in a moment. 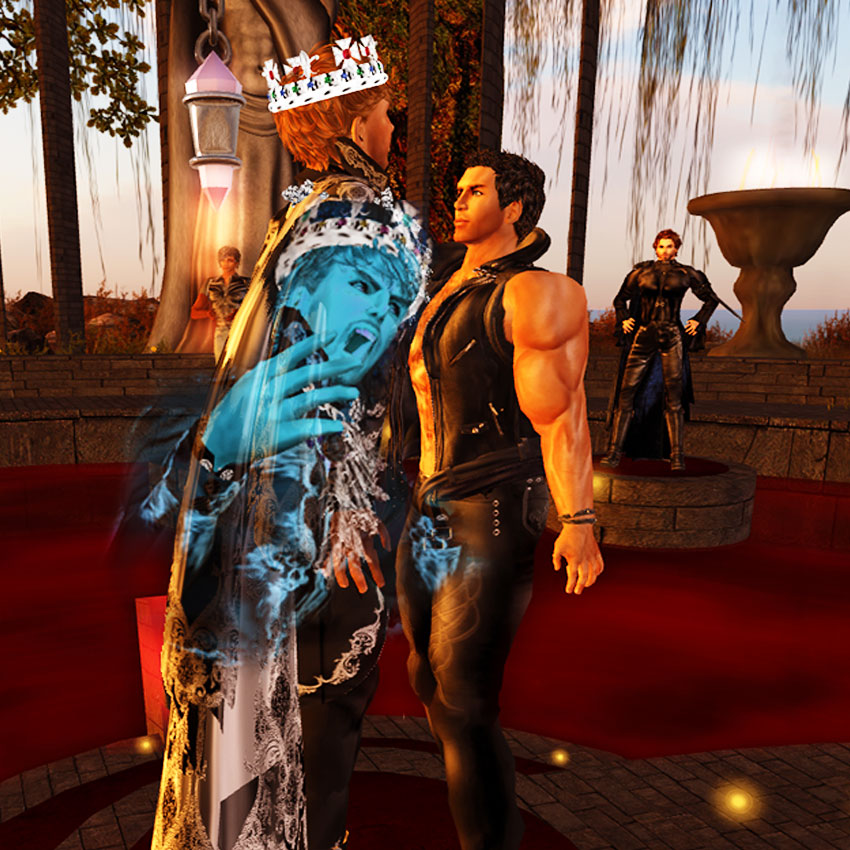 Epic... our elegant master of visual effects. It looks like he is just dancing with Morty. A romantic peaceful scene except the fact... it's a Dance of the Dead. 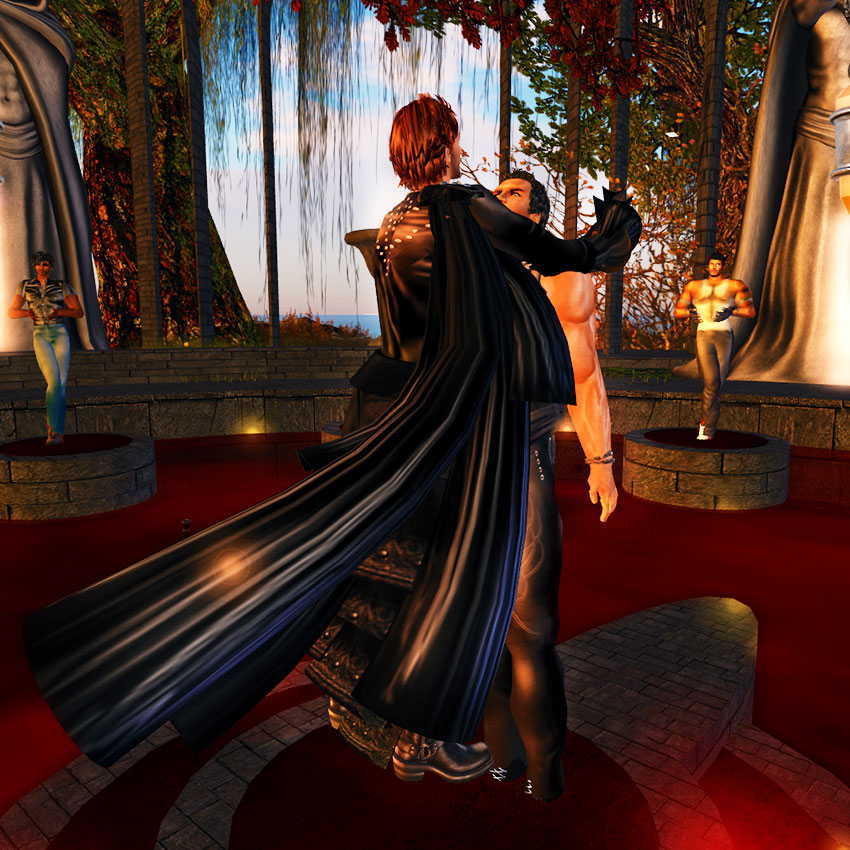 Feeling a sympathy with our Morty already? Well, I guess it's time for Morty to fight back. And well, he has already tried the taste of the rage. His claws are ready and are craving for victims. 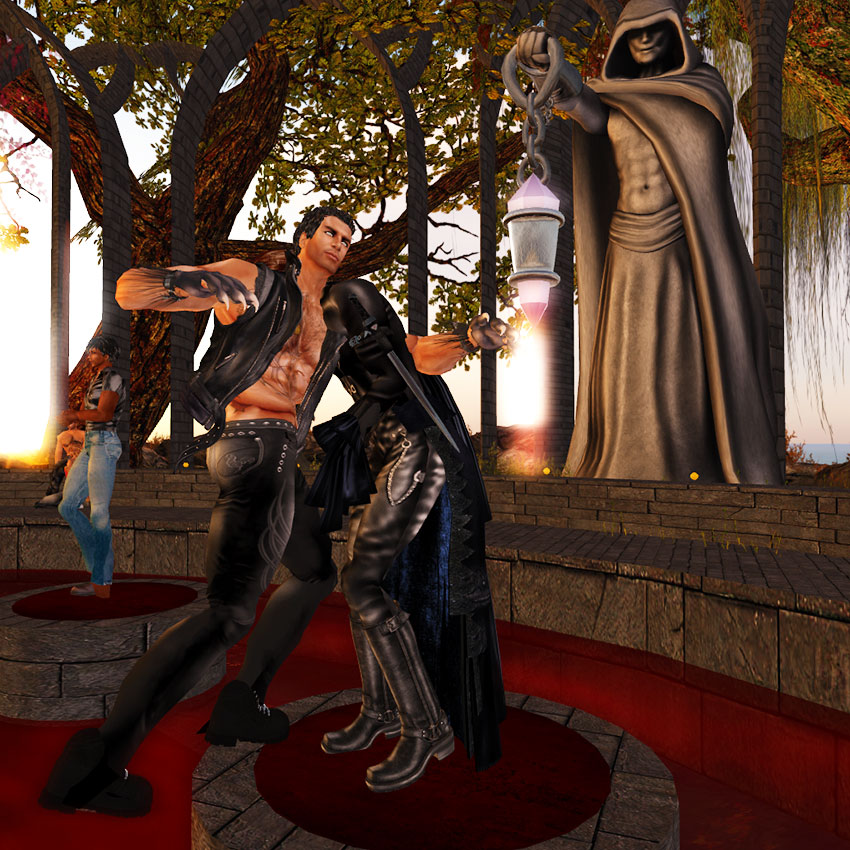 And well, victims enough for our new Lycan to feed on. 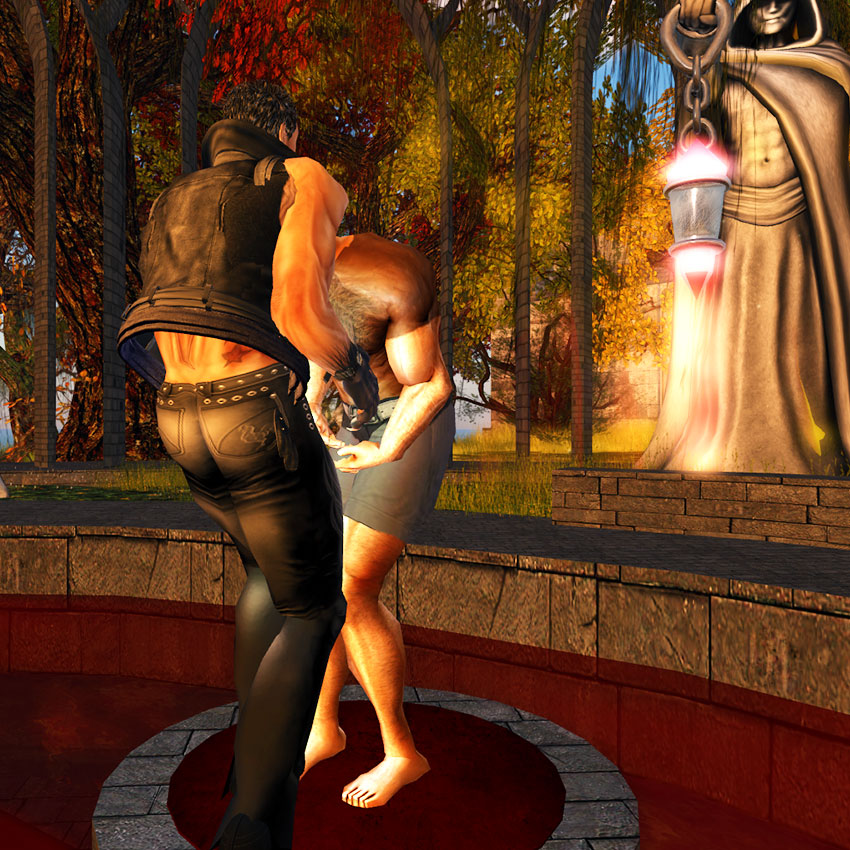 Well, well Morty, feeling dizzy? Getting sick? What did you expect? A pumpkin juice? It's Moonshine, baby. Those are lumens flowing through your veins now. It's a howl sound exploding in your head. 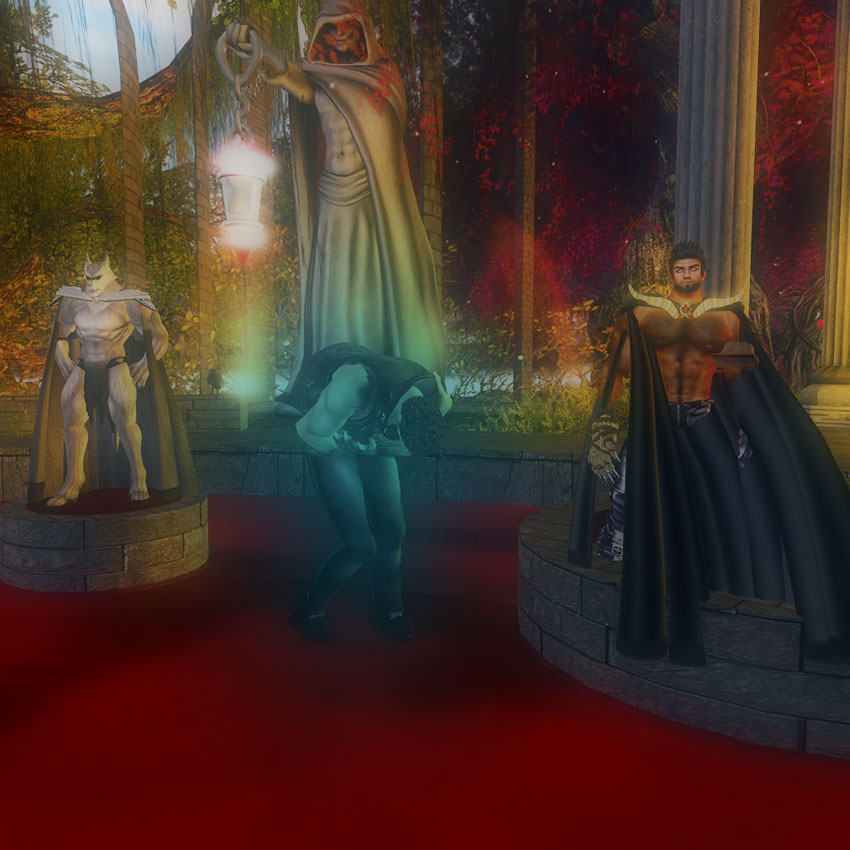 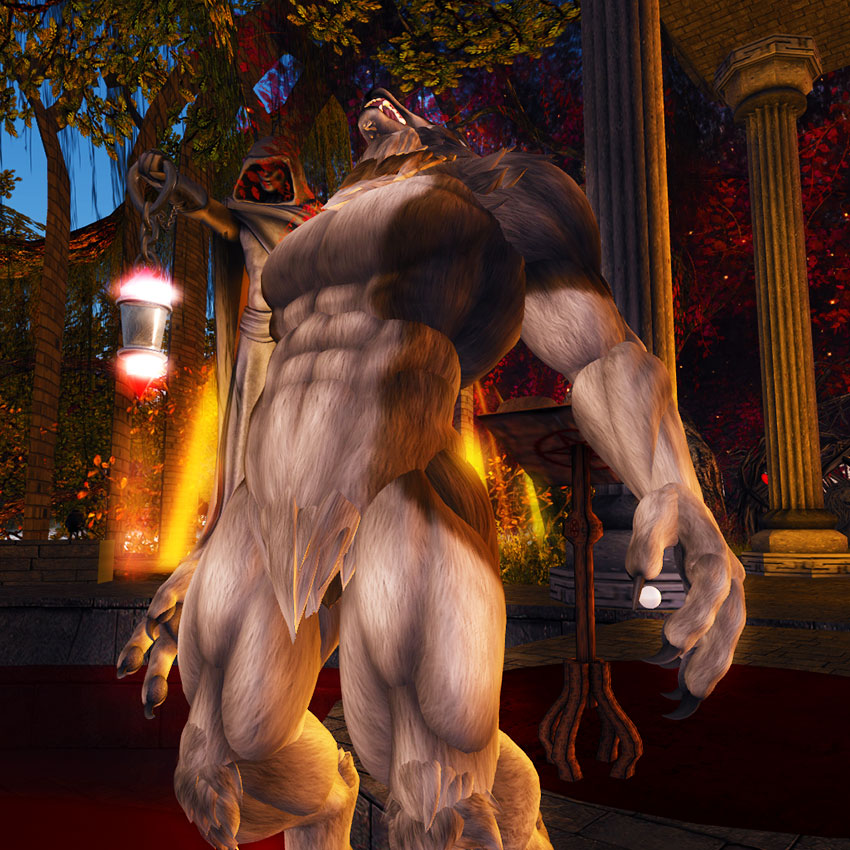 And look at those deceiving eyes! You can't say NO to this furry cuddly wolfie when he politely asks for a piece of your flesh, right? I guess Alex demands to share... 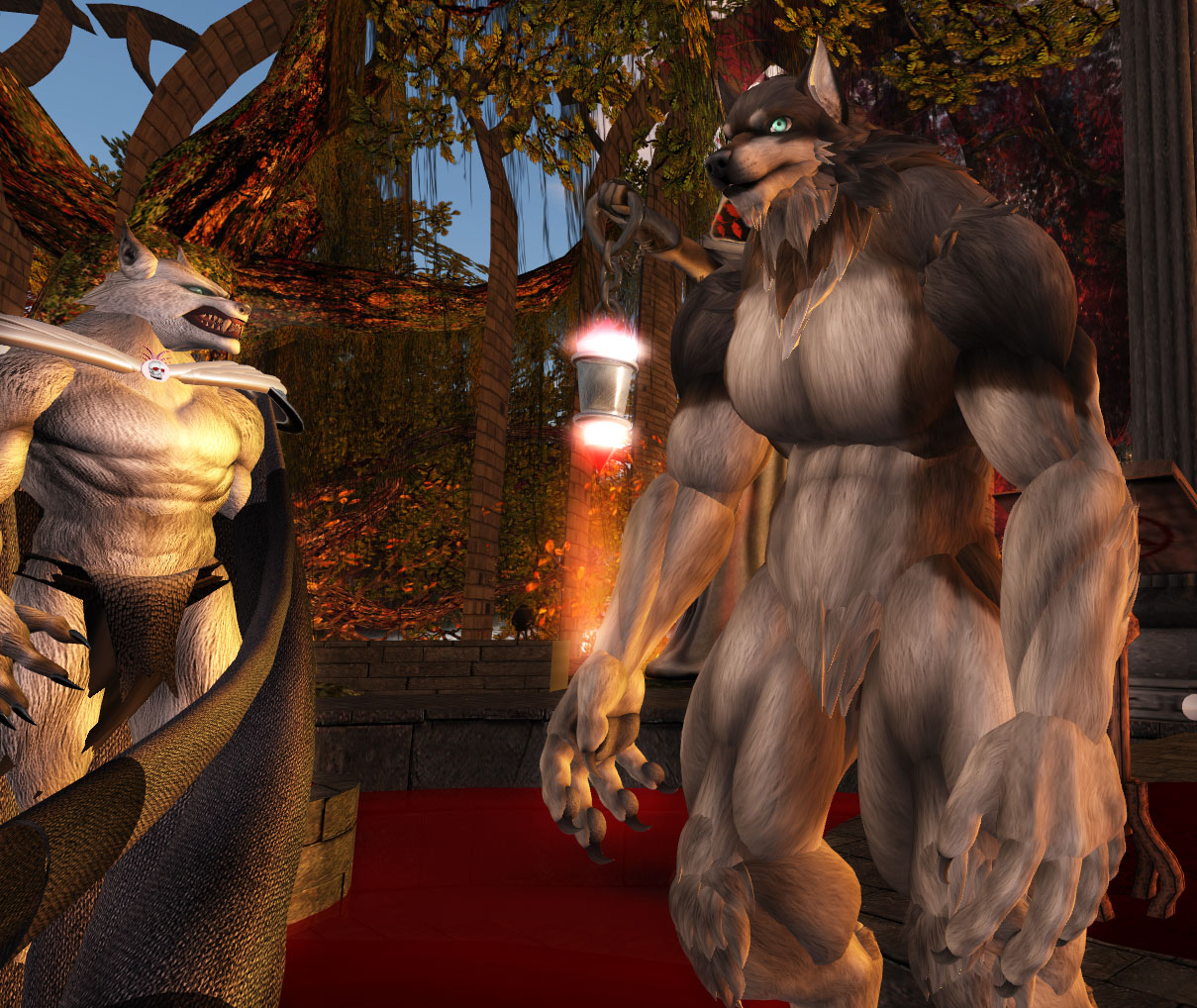 And so is our Morty turned into Immorty. A new undead. A new baby Lycan. And if you want to congratulate him, remember that napkins, diapers and babysitting proposals are the most desired gift at this stage.