Hanging around. Alone or with friends. The way to spend the lazy summer days. 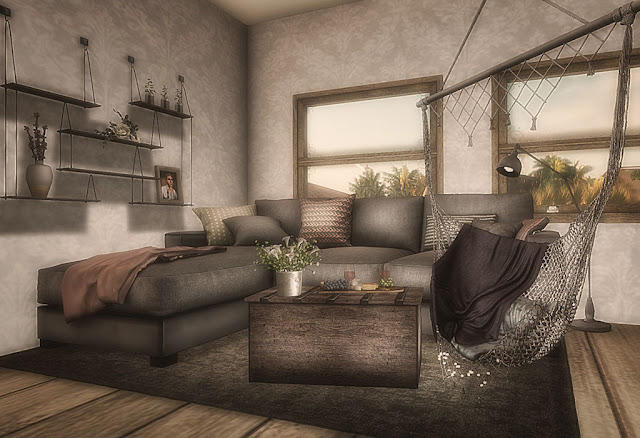 Cheeky Pea
Bondi Hammock Seat is a great way to spend a lazy day. Just let it carry your body and let the mind dwell somewhere in a dreamland. Adult and PG version. Available in different texture variations. Now at The Mens Dept (untill August 31st). Land impact is 14 prims.

Cheeky Pea and Second Spaces
And when the friends come over and just a hammock is not enough, there is also a great Retha Nook Set to hang around together. On the picture:

Serenity Style
The Alboran Summer House from the Deco(c)rate is used to decorate for this scene.